Some house problems are obvious from the get-go—for instance, you know you’re in trouble when raw sewage starts backing up in your basement shower. Other problems, however, are not as apparent. They creep up on you, silently wreaking havoc in your home while you remain blissfully unaware. The best time to address any problem is while it’s still small, so the longer a house problem stays hidden, the more likely you are to end up with costly repair bills. Keep your eye out for these 10 easy-to-overlook signs that could signal a big problem up ahead if you don’t act quickly. 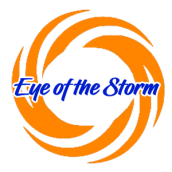 Let us know how we did…